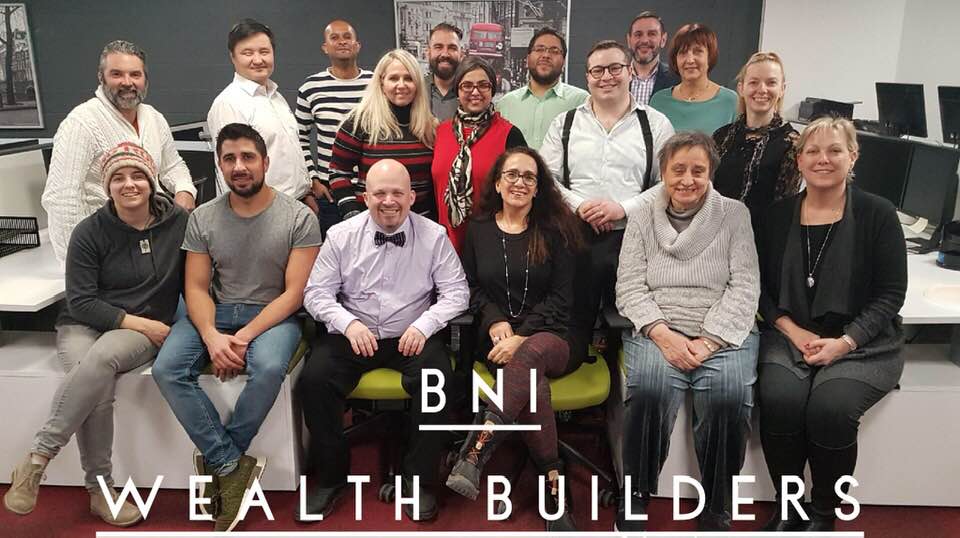 Published on March 21, 2019
The newest chapter of BNI in Ontario Canada, Wealth Builders, boasts twenty seven members in under six months and aims to explode to sixty members so business owners can grow their brand, create new connections and make more money.

BNI is the largest networking organization in the world, where members meet once a week and refer business to each other. The newest chapter of BNI, Wealth Builders, meets every Thursday at 9 :30AM at the Pickle Barrel, in Yorkdale Mall, in Toronto, Canada.

When asked why she joined, Fatima Omar said, “I loved the energy, connections and power. I wanted to be a part of this”.

A big advantage of being in a BNI chapter is, there is only one person represented by each industry. Once you join, you lock-out your competition.

Dan Stramer holds the seat for Web Design and Development

One of the founding members, Edith Kernerman said, “This is only the beginning, we are aiming for sixty members by September 2019”.

At the meetings each member has sixty seconds to introduce themselves as an elevator pitch. BNI members are encouraged to do one-to-one meetings and to think of their team members as their sales force. The meetings are well planned out, structured and effective. Members may invite guests who are also permitted to share their own business cards plus an elevator pitch to promote themselves.

The executive leadership team consist of Daniel Italiano as President, Athena Constantinou as Vice President, and Mayur Gandhi as Treasurer.

Members are also encouraged to log into BNI university to study articles and listen to podcasts that have been created by the founder of BNI, Dr. Ivan Misner. This educational content is designed to teach and educate members on the best-practices of referral marketing.

For more information on how to join this BNI network or to be invited as a guest, click this link