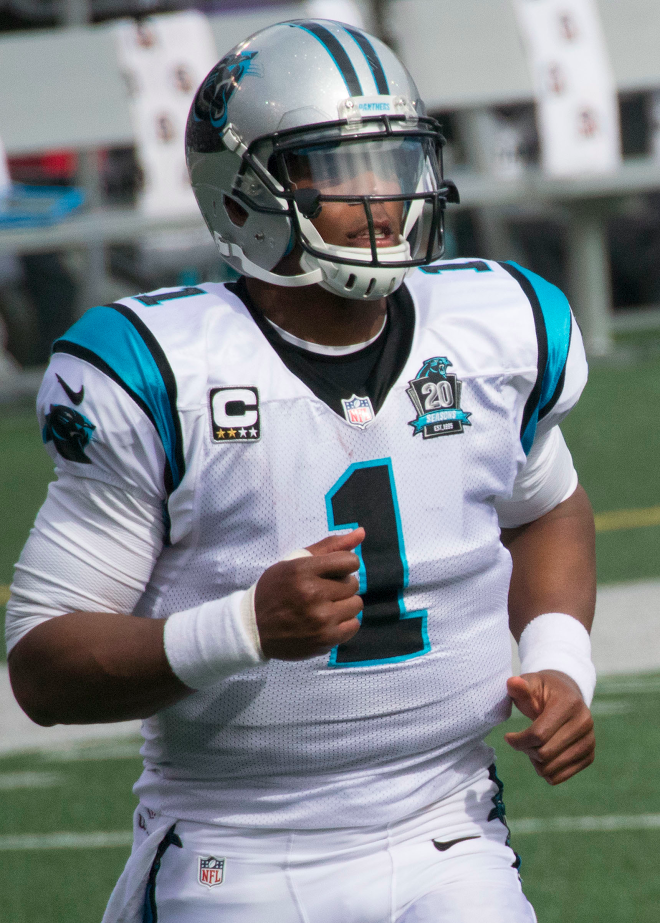 The Panthers were penalized 5 yards when quarterback Cam Newton ran onto the field in celebration after an interception, and that negated linebacker A.J. Klein’s 94-yard return for a touchdown.

“I just got too excited,” Newton told reporters. “I was hoping they would give a warning.”

Since last year, when Newton’s Carolina Panthers lost in the Super Bowl to the Denver Broncos, he has been criticized for not going after a fumble in the waning moments of the game, and he had a less than ideal press conference afterward.

Horn said, “The people who criticize Cam will argue that this is further proof of his lack of class. They’ll say that if Cam can celebrate, dance, dab, and take group photos during the game when he is winning, he should be able to face the music after a loss. Some of those criticisms have merit, and we have seen both sides of criticizing Cam and defending Cam.  However, the lasting issue is whether his recent behavior could impact his rising star endorsement power moving forward.”

According to Horn, the smart thing for Cam and his endorsement partners to do would be to flip this into a new marketing angle where Cam’s reaction can actually be targeted to his fans and defenders.

Best-selling author and internet entrepreneur, Brian Ainsley Horn, helps professionals leverage their knowledge to gain authority status in their industry, then uses “authority marketing” to get them national media exposure.Brian is a regular contributor to Entrepreneur Magazine, Huffington Post and The Examiner.

He is also an in demand speaker that has traveled the world entertaining and educating audiences.