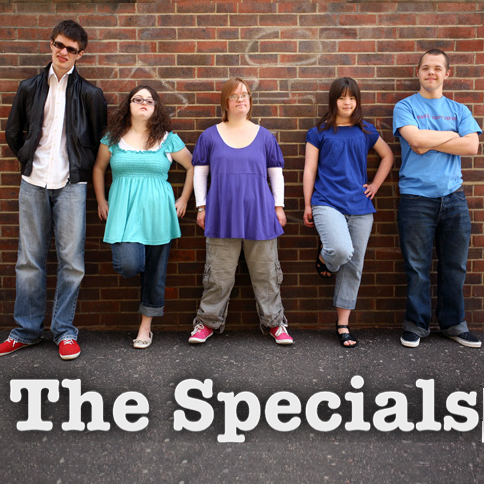 Published on September 1, 2014
Katy Lock and Daniel May, the creators of “The Specials,” a reality TV series about five young adults with intellectual disabilities who live together as housemates in the U.K., are the featured guests on Influencers Radio with Jack Mize.

Katy Lock and Daniel May, the creators of “The Specials,” a reality TV series based in England, were the featured guests on Influencers Radio with Jack Mize. In this series, five young adults with intellectual disabilities live together as housemates, sharing the ups and downs of their daily lives.

Lock and May discuss their personal struggles and their decision to film the series, despite the original pilot episode not being picked up by a local television station in Britain.

Lock was passionate about the premise of the show and the young people in it. May had the technical know-how to help bring the show to the web. The series follows the trials and tribulations of real life with these young people, in a heartwarming, honest and open fashion. While many other shows about people with disabilities focus on the negative aspects of having a disability, or on “feel good” aspects, such as Special Olympics events, this series is an eye-opening look into the real world of the good, bad and the funny of life with these five housemates.

According to May, “It’s something where you just kind of get to know them and you really quickly forget about the intellectual disability for most of the time. It’s just occasionally that it crops up.”

The housemates live in a home that has been set up by Carol and Dafydd, the parents of Hilly, one of the housemates.

May goes on to state, “They (the parents) really don’t like the careful approach of ‘cutesifying’ people with intellectual disabilities. They really feel strongly about that and like the guys to push towards being as mainstream and experiencing the world for what it is as much as possible.”

This opinion reflects the basis for the show, which is truly as real as a non-contrived reality show can be.

Lock shares, “There are scenes that maybe will challenge people. I think people might feel a bit nervous laughing sometimes, but they’ve got to remember that whenever we have situations in the show which are uncomfortable, generally they are being addressed within the show. You’re always seeing it through their experience.You’re never kind of peering in and laughing at them. You’re always laughing with them.”

The web series was well received and became the recipient of two Webby Awards. As a result, this groundbreaking show is being aired as a series marathon presentation of two seasons of “The Specials” on the Oprah Winfrey Network, OWN, on Sunday, September 7th at 2:30 p.m. EST.

You can hear the full interview at: http://influencersradio.com/the-specials-creators-of-own-networks-groundbreaking-reality-show/