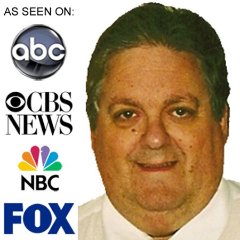 Joel Helfer, local broadcast authority was promoted to Radio Show Producer by Mark Imperial, host of “Remarkable! Radio: People, Places, and Things You Must Know” airing on 560 THE Answer, Chicago.

“Remarkable! Radio” is a talk radio show, airing on 560 The Answer, one of Chicago’s top talk radio stations with on-air coverage in Illinois, Indiana, Wisconsin, and Michigan.  The show also streams live worldwide on the station’s website 560theanswer.com.

The goal of the show is to shine the spotlight on noteworthy experts, and promote their Remarkable businesses to the world – giving these businesses the credibility and media exposure they deserve.

Remarkable! Radio is all about featuring noteworthy experts, businesses, and places around the country.  Joel Helfer, Producer states” We interview passionate people who are making a difference in their city, their industry, their field, or their life. We reveal the stories behind leading experts around the country.  Being featured on a Top 3 radio market like Chicago is a terrific third-party endorsement of their great service.”

Mark Imperial, Remarkable! Radio show host wants his listeners to know that “Success gives clues, and that the show is both enlightening and inspiring because it is story driven”.  He makes sure that the listeners get the most from the show by discovering who the show guests are, how they serve their world, and how they achieved success for themselves and their clients.

Imperial goes on to say “We’ve found the biggest inspirations come from hearing people tell their stories of success, their journey, and how they have overcome obstacles.”

Joel Helfer is looking forward to identifying People, Places, and that qualify as a “Remarkable!” and deserve the media spotlight. This includes Business Owners, Personalities, and Professionals in Private Practice from coast to coast that do great work and the world should know.

The show is broadcast from the 560 The Answer Radio Studios, in Elk Grove Village, IL.  Guests enjoy being interviewed right behind the microphone at the radio station, however the show’s engineer can pipe any guest into the show from anywhere in the world by phone.

560 THE ANSWER talks about the things that matter most to their listeners – politics, pop culture , education, the elections, and much more. The roster of talent beginning with Mark Imperial, includes some of the most influential and well –known syndicated hosts in talk radio- Sean Hannity, Dennis Miller, Michael Medved and Joe Walsh.

THE ANSWER programming is foreground listening, keeping the listener actively involved and tuned in for long periods of time.

Joel Helfer, Radio Show Producer for Remarkable! Radio… People, Places and Things You Should Know hosted by Mark Imperial ( Best Selling Author), is proud and honored to be a part of 560 THE ANSWER RADIO, CHICAGO,  and specifically part of the Imperial radio show.

With the nature of radio, there are limited slots available for guest spotlights. All aspiring future guests apply for the privilege to appear on the show, and have a brief conversation with Mr. Helfer if they qualify.

Helfer is looking for the most interesting, qualified guests to make the show even a bigger “SMASH HIT” than it already is.

To apply for a spotlight on the Show…