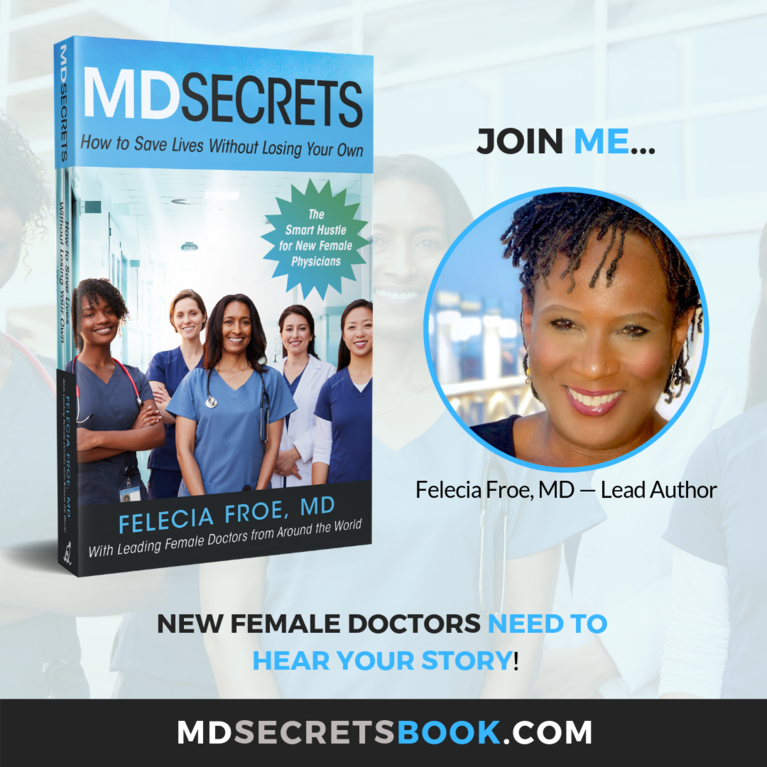 Published on March 29, 2019
Smart Hustle Agency & Publishing begins the search for Female Physicians, M.D.’s in all medical specialties to be included in their upcoming book project and the retail royalties from the book will benefit a non-profit.

Lisa Charlene Williams, CEO of Smart Hustle Agency & Publishing confirmed they have officially launched a search for Female Physicians, M.D.’s in all medical specialties to be featured in the upcoming book,” M.D. Secrets:  How to Save Lives Without Losing Your Own,” featuring Felecia Froe, M.D. With Leading Female Doctors from Around the World.

Felecia Froe, urological surgeon, M.D. and the CEO of 18 Seconds for Health has been chosen as the lead author of this book project.

As of 2017, the majority of students entering medical school are women, the future of medicine looks to be female. Though women are the fastest growing group of doctors currently, in a survey conducted by Athena Health in 2018, it was found that almost half of the female physicians interviewed reported symptoms of burnout – emotional exhaustion, depersonalization and sense of low personal accomplishment.  The book aims to help mitigate new and early career female physicians from feeling this way.

M.D. Secrets aims to share the stories of tenured female physicians who will talk about how they manage their careers and still enjoy their life, i.e. Save Lives Without Losing their Own.

Explaining the search process, Williams said, “This is an important book for us, so we will be reaching out to a select group of Female Physicians, M.D.’s in any medical specialties who we feel are true advocates for the success of new female doctors and who are willing to spread the word about our non-profit partner.”

The Smart Hustle Agency has pledged 100% of the royalties from the retail sales of the book to a Charity that will be announced soon.

M.D. Secrets is scheduled to release the second quarter of 2019. The book will spotlight female physicians who will candidly discuss their motivations, mistakes and missions. What MD means to them as well as the adjustments they made to balance the hustle and grind and long work schedules physicians face.

Williams said, “This book will cover a lot of information that is rarely talked about.”

However, Williams asserted, “One of the reasons we launched this search is because we did not want to go the route of filling this book with the stereotypical ‘Experts.’ This search would not be unnecessary if that was the case. We anticipate a lot of exposure around this project for our non-profit partner, and the tenured doctors we select to feature in the book, so, we really want to showcase those physicians who are actually in the trenches, serving and saving lives and are willing to share their story and benefit a great cause while also imparting and sharing their wisdom with the new regime of female doctors. Those selected to participate in this book will make this project meaningful and a win-win for all.”

Contributing doctors will be chosen through recommendation.

Find out more about this project at www.mdsecretsbook.com.

Smart Hustle Agency & Publishing is a multi-platform publishing and media company that offers unique collaborative book projects and delivers content and messages through various mediums that enhance the quality of life for businesses, professionals, and individuals one book, one platform, and one message at a time. The agency leverages the powers of media and publishing to enhance their clients’ know, like and trust and strengthen their business profiles.  Smart Hustle Agency has a new initiative called, #Smarthustle #Smartgrind for Women – How to succeed in life and business without having to compete and without working yourself to Death!  The agency has also launched a new book series called A Message in a Bottle inspired by the Chicken Soup for the Soul book series.

For more information about the new book series visit www.amessageinabottlebooks.com